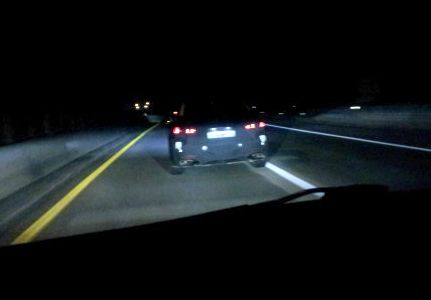 Thank you... i was going to say cock tease until i saw the last photo

Man that last shot really is telling of what is coming!

*drools* and its got a glass panoramic roof!! Also couldnt help but notice a sensor on the side of the rear bumper... Blind spot warning sensor? Cant wait to see it.
[SIGPIC][/SIGPIC]
2012 Genesis R-Spec Platinum
Bone Stock

Do not go where the path may lead, go instead where there is no path and leave a trail.
-Ralph Waldo Emerson

The 2014's appearance will knock your socks off. It is beautiful.
2015 Genesis 3.8 Ultimate RWD
Ibiza Blue/Ivory Interior

i like the lower roof line.. looks promising.
Seattle Genesis 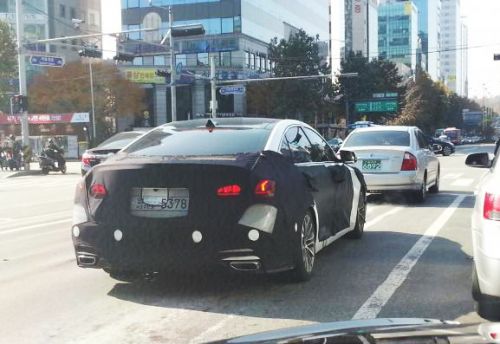 Wow, Looks good so far! Can't wait to see how the front looks and the inside
CURRENT CAR:


homeofstone said:
Looks good, wonder if they were going to the Burger King across the street.
Click to expand...

Not sure what's going on but all I get are red X's. can't see the pictures.

Awesome!
Too fast too furious ? I ride it slow and luxurious .

Hate to say this guys but how do we for a certainty know this is a Genesis.
2021 3.5 Prestige Lima Red / Black interior


Ernie3647 said:
Hate to say this guys but how do we for a certainty know this is a Genesis.
Click to expand...


It could be a Chevy with R-Spec wheels.. J/K


Ernie3647 said:
Hate to say this guys but how do we for a certainty know this is a Genesis.
Click to expand...


I have a suspicion these are stale, pre-release Kia K9/Quoris shots. Many of the lines are just too similar.


Mark63021 said:
I have a suspicion these are stale, pre-release Kia K9/Quoris shots. Many of the lines are just too similar.


You're right, if you look at it - they do look really similar. Bummer!
CURRENT CAR:


24 year old Web Designer || Business Owner
Where do you buy accessories for your Genesis? Right here in the forum store! --> [CLICK HERE] <--
Looking to update and upgrade your Genesis luxury sport automobile? Look no further than right here in our own forum store - where orders are shipped immediately!

Isn't Quoris based on current BH platform though? Where as 2014 Genesis is new platform, with available AWD, which I don't think Quoris offers. Also, while back end does look somewhat alike, on the spy pics, looking at back of b-pillar, quite different from Quoris and current Genesis. Looks more raked B-Pillar like current Azera. Current car's side glass ends at the doors, where as spy pic car's glass extends behind the door.

One thing I love about the Genesis is the 'airy' feeling you get from low beltline, large side glass, where as lot of new cars go for high belt line, low roof design, ala Sonata/Azera. Sadly, looks like as part of precision fluid Hyundai design it's headed in that direction.