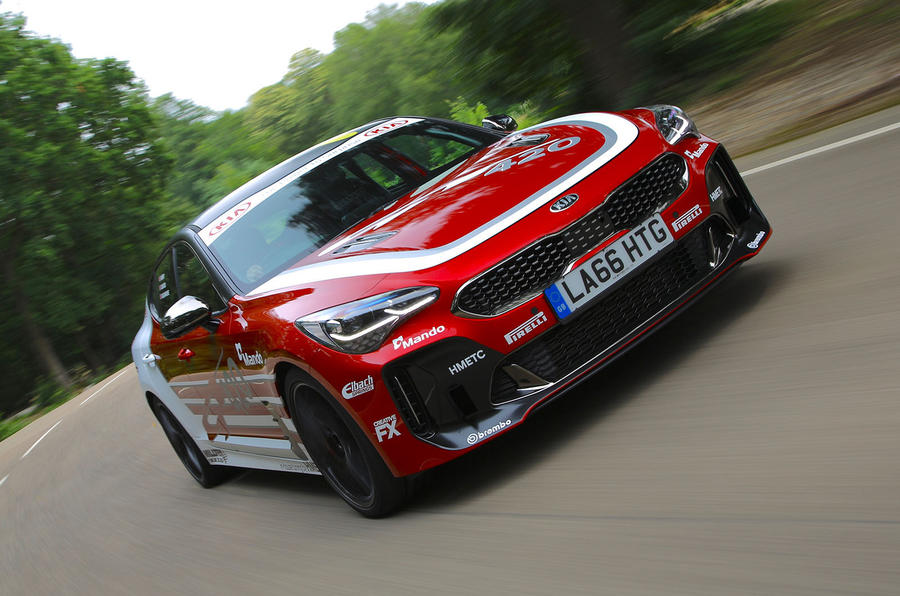 Under the bonnet, the twin-turbocharged 3.3-litre V6 now delivers 422bhp and 413lb ft, increases of 57bhp and 37lb ft respectively. These gains have been achieved by tweaking the ECU, plus adding HKS spark plugs, a freer flowing K&N air-filter and a de-catted quad exit Milltek Sport exhaust system. And while the eight-speed automatic transmission is carried over unchanged, there are some tweaks to its mapping and the addition of larger oil cooler to cope with the increased demands of track work.

Even greater work has been undertaken on the suspension, which features stiffer Eibach Pro springs and heavily recalibrated Mando passive dampers in place of the standard adaptive units. There’s also a modified front crossmember that allows for an increase in negative camber to 2.5 degrees, while at the rear are a pair of extra strengthening bars for greater rigidity and control. Furthermore, the front anti-roll bar has been increased in thickness to 25mm, while at the rear is a 17mm unit.
Click to expand...

As those on the Stinger forum have stated, that's noob level performance upgrades for the engine, but still, it's an improvement and Kia USA is reportedly working on their own track-focused Stinger pumping out over 450 hp.

Maybe more important is the recalibration of the AT which allows for quicker shifts.

joschneider said:
I wonder if "a freer flowing K&N air-filter" is just a drop in panel or an actual new intake
Click to expand...

I wonder why they haven't added real hood vents