Swapped over to the winter wheels today which next spring will become my good weather wheels.

MozartMan said:
What winter tires do you use?
Click to expand...

I usually use Sailun Ice Blazer WST1 (studdable). I used to use Gislaved NordFrost tires but found that the Sailun tires performed pretty much just well for less than half the cost. I've run them on 4 different vehicles with no issues at all.
On pure ice, the Sailun tires don't have quite the same from a dead stop amount of grip, but braking, predictability, hydroplane resistance and handling are pretty much just as good.
When I bought my Genesis (very recently) it came with winters which are Nankang Snow Viva SV-2 which I just found out are "all weather" tires. I'll see how they do but, I'll most likely go back to the Sailuns.
2010 3.8 Satin Pearl White with Tech Package

Don't forget to put 160-200 pounds of weight in the trunk when snow comes. Helps a lot.

I have Blizzak WS80 and put four (40 pounds each) bags of water softener salt in the trunk for weight. Then when spring comes I put that salt in the brine tank.

I'm going to try to find sand bags. I don't like the idea of rust causing substances in my trunk lol
2010 3.8 Satin Pearl White with Tech Package

What are you going to do with those sand bags when spring comes?


Qship said:
I don't like the idea of rust causing substances in my trunk lol
Click to expand...

It's quit the opposite. It prevents rust. 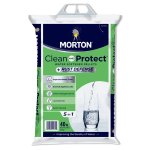 MozartMan said:
What are you going to do with those sand bags when spring comes?


It's quit the opposite. It prevents rust.

I'm a photographer so I'd use the sand bags to anchor my light stands when shooting outdoors.