Immediate Shipping! Usually within 20 minutes – even Sunday!
We ship WORLDWIDE from the USA 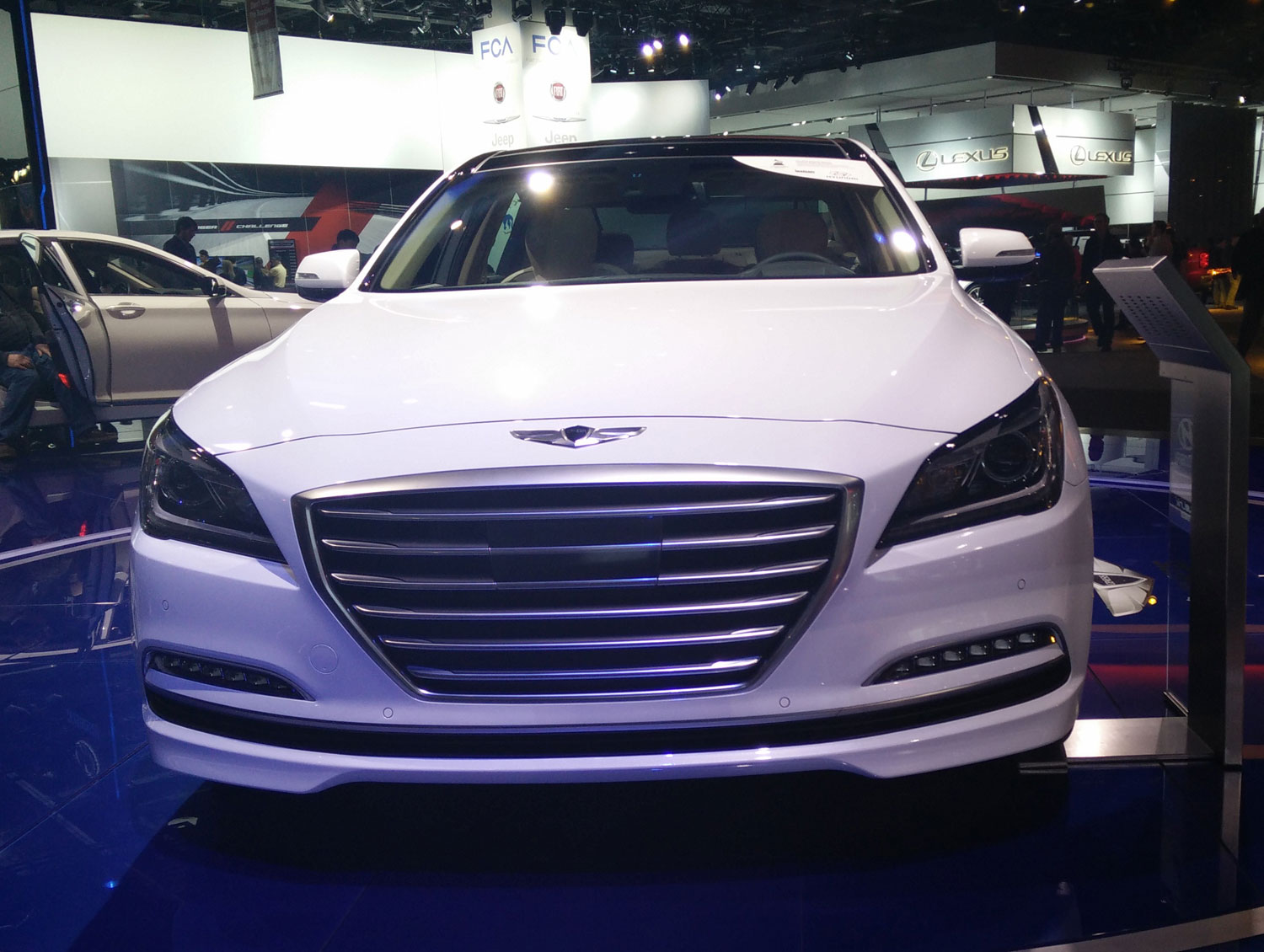 Is the third generation Hyundai Genesis going to get smaller? I’m putting my money on “yes”. Why? Because I am 100% convinced that “Genesis” will become a brand within a generation or two. Either a brand or a sub brand. And a premium luxury brand needs a full-size flagship – and that’s NOT the Genesis Sedan. It’s the Equus. In my opinion either the Genesis is going to shrink or the Equus is going away – and I have a very difficult time believing the Equus is going anywhere.

As it stands the Genesis is a very large midsize car that gets compared to the Chrysler 300 (full size) – and NEVER the Chrysler 200 (midsize). If you look closely at specifications, the Genesis and Equus are about the same size. It makes little sense having two cars that serve the same purpose. Yes, the Equus does ride of a softer suspension – but that’s about the only difference. Technology-wise, the Genesis isn’t missing anything. Not all cars in a lineup are supposed to share to same technology as the top dog – which is generally the showcase for the brand’s most impressive capabilities.

How is Hyundai going to separate these two vehicles? My bet is the third generation Genesis will lose a small amount of girth in width and length. Not enough to be ALL THAT noticeable to first and second generation owners who are looking to upgrade – but enough to make the Equus stand out as the fullsize car (which will also have a long wheel base (LWB) option).

“Genesis” is going to do pretty much what every luxury brand does. Using BMW as an example – 3-Series, 5-Series, 7-Series and so on. Actually, I predict at first – 3-Series, 4-Series, 5-Series and 7-Series – because the Genesis Coupe and something new is coming along in the no-too-distant future. Of course, crossover utility vehicles will be part of the mix – but they have nothing to do with the resizing of the Genesis Sedan.

Expect the fourth generation Genesis Sedan (which will likely not be called “Genesis” anymore since that will probably be the new brand name) to follow suit and get just a little bit smaller – not so much as to disappoint people upgrading from previous generations – but enough to allow the Equus to stand apart as the flagship for the Genesis brand. At this point, the Genesis Sedan should be inline with other midsize sedans.

I do realize there are plenty of comparisons where the Genesis is put up against midsize cars like the Lexus GS and BMW 5-Series. However, a midsize car should not be getting confused as much and as often as the Genesis does. And my feeling is that it won’t be happening for very much longer…

If you don’t want to discuss this here, you could always discuss it here…

1 thought on “Is the third generation Hyundai Genesis Sedan going to shrink?”