Getting excited about the 2021 Stinger

MrMegadeth said:
Interesting read about the new engines and the RH vs LH-drive cars.

I saw that earlier... It seems weird to me. They say that RHD markets will continue to use the current engines due to cost overhead, while other markets using LHD will get the new engines. Doesn't really make sense to me. It seems like it would be more cost effective to only make the new smartstream engines and just do away with the current Lambda II and Theta II engines. *shrug*

Must be packaging changes. I'd think the new engine could bring changes to the steering box, brakes, exhaust, etc. You'd think it would be just a mirror image but then you'd have to redo the tooling.

My guess is that if the sales don't improve in the RH-Drive areas the car go away when the current stocks dries up .

In 1997 I was in England and drove a rental Peugeot. It was Right drive and they had moved the steering system straight across, not mirror style. Moved 36 inches or so to the right. The ignition key was so close the the right door handle it was difficult to put the key in the ignition slot unless I had the door open. Adapting to right drive takes some time and money and engineering. What right drive areas do they sell the G70? UK, India, Oz, NZ, Japan?

2.5T confirmed and this is looking really good. I like the rear end... 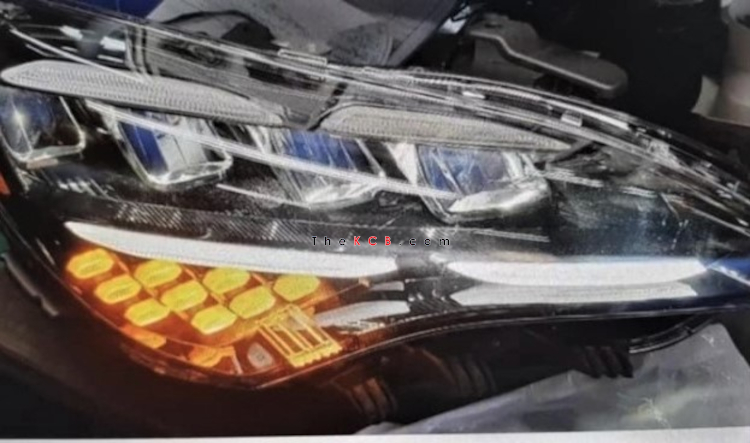 Shares 3 Today is Stinger’s day. Now it’s time to see the updated headlamp, that unlike the rear design, will not present many changes. The front design is expected to remain the same and we can see thanks to this picture that the opnly changes is the graphics and more advanced Full LED lights...

MrMegadeth said:
2.5T confirmed and this is looking really good. I like the rear end...

All Gas, No Brakes

Yeah, I work in automotive lighting design, and I can't help but laugh at that. Going from an AFS projector unit to a multi-bucket LED reflector setup is going many, many steps back. Hopefully the G70 doesn't suffer the same fate.
'20 Genesis G70 3.3T Sport AWD
Savile Silver
Factory Stock... for now

petraman said:
Yeah, I work in automotive lighting design, and I can't help but laugh at that. Going from an AFS projector unit to a multi-bucket LED reflector setup is going many, many steps back. Hopefully the G70 doesn't suffer the same fate.
Click to expand...

I agree with you! I’m afraid they have taken a step back. The new GV80 and G80 have 4 LED lights per side (two on top, two on bottom). From the spy shots of the facelifted G70, it has 2 per side (one on top, one on bottom). The new Genesis style LED headlights have not been shown to have auto-leveling nor active-bending at this time. I love watching a G70 start up at night and watching the lights do a leveling check. I guess we’ll find out once these cars go on sale.
I love cars.

If you haven't seen it already, here are some pics of the facelifted Stinger for 2021. The site gives some additional info about the changes; though, does not mention anything about the engines.

Looks great. The rear end looks nice, the wheels look great and the infotainment fits perfectly. I dunno man... scout out a good Kia dealer, be upfront and see what can be done!
G70 3.3T Dynamic AWD - Santiago Silver

The stitched dash looks great. My biggest issue with the current Stinger interior was how that dash looked like a huge mass of cheap black plastic in a Dodge. Glad to see it fixed.

Still no digital gauge cluster though?

Looks good, subtle changes. With the G70 changes were as subtle.

Personally, I like it a lot. If the 2021 G70 is gonna look like I think it will, with that dumb 2-line side vent (I'll actually miss the boomerang), I will be done with the G70 and probably try a Kia.

As far as engines KoreanCarBlog "confirmed" the 2.5T last week and then this week said the 2.0T will still be around to keep the starting price lower. They said in the KDM there will be 3 engines: 2.0T as it is today, the 2.5T SmartStream, and the 3.3T with variable exhaust and other rework....

Also, they said that the smaller 8" Infotainment screen is getting wireless ACP and AA but the bigger will be cabled up.

I think KCB "makes things up" as much as they actually know to be correct. Time will tell.

Another thing I noticed in the pics of the new Stinger....frameless rearview mirror. I know that's a tiny issue in the G70 but how many people would turn that down....?

Id like that frameless mirror and the ambient lighting. They did a good job on the refresh.

Nice comparo of the old vs new... 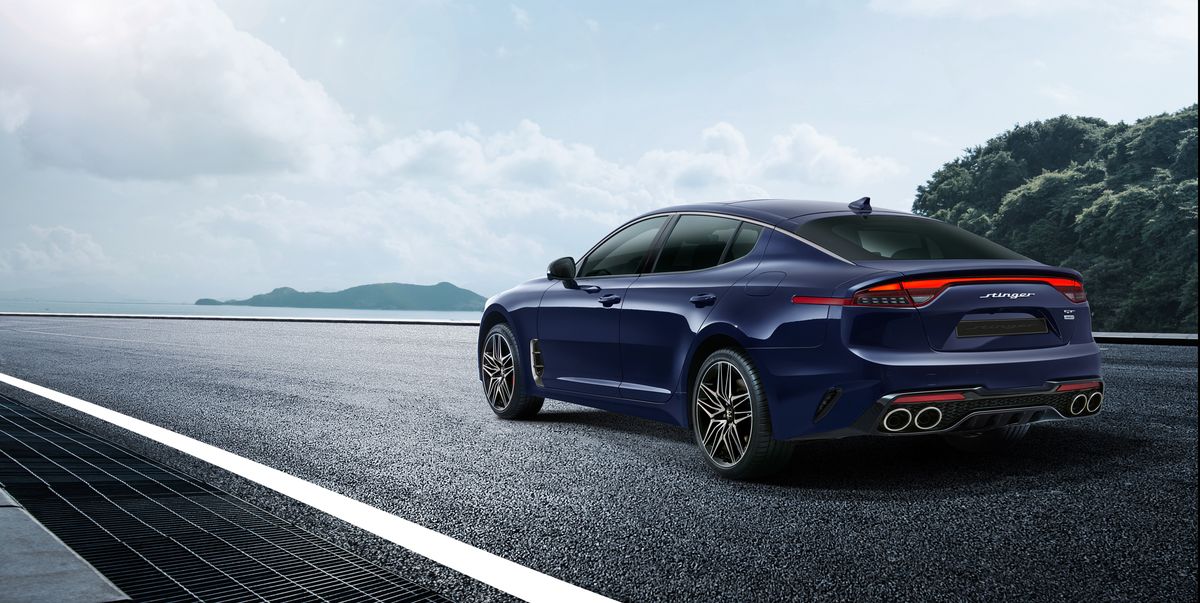 We won't see the new sportback sedan on the street until next year, but it looks better than ever.

I really hope they bring some to the US. I'm probably a buyer of the 2.5 if they also bring the diamond stitch. 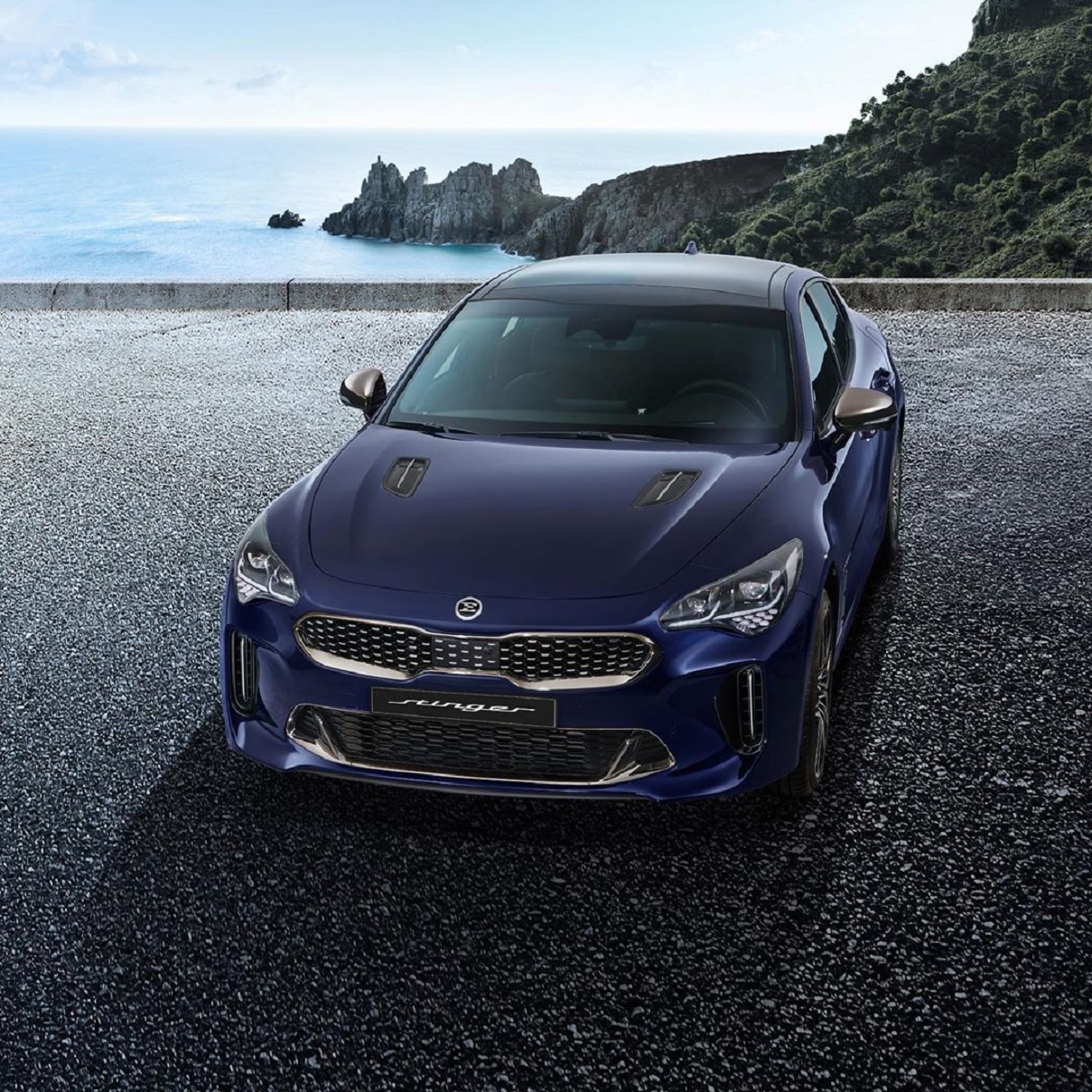 The 2020 Kia Stinger has given us plenty to talk about, but the 2022 Stinger will offer even more boldness.

I really hope they bring some to the US. I'm probably a buyer of the 2.5 if they also bring the diamond stitch.

The 2020 Kia Stinger has given us plenty to talk about, but the 2022 Stinger will offer even more boldness.

Will be interesting to see. I was genuinely surprised when I first read that the 2.5 wouldn't replace the 2.0. Also surprised to see that not all markets will even get the 2.5! Perhaps Kia is worried about potential bugs with an all new engine, so it may be safer to limit it to just a few markets.

Either way, the interior, according to other sites I've seen, seems to have some improvements. One picture I saw included the diamond stitched seats; so, who knows - it could happen.

Will be pretty dang cool to finally see the new smartstream engine in the G70/Stinger platform, even if it's not the 3.5 like I was hoping it would be.
'19 Genesis G70 3.3 AWD Sport SS
0-60: 3.72s
Mods: AEM Intake, ARK Secondary Downpipes, MF Exhaust, Dual CC, VT Snorkels, AP Intercooler, JB4 + WMI + EWG Connectors, Brisk plugs

Yeah, it's a good looking car. Nice improvements. That 2.5T Smart-stream is compelling. Hopefully will be in-line with the performance of the Germans 4 Cyl offerings.